Girl Scouts is all about providing girls with the tools they need to build confidence and courage, teaching them how to embrace change, helping to connect girls around their age from different backgrounds, and helping them learn skills in, and gain knowledge on, a variety of educational topics related to outdoor, stem, life skills and entrepreneurship. Many of the important principles, values, and skills that Girl Scouts learn during their leadership programming follow them throughout life and help shape them into the women they become.

And it is for that very reason that parents and guardians sign their girls up for Girl Scouting, including Girl Scout dad and Troop Support Volunteer, Nathan Hullett.

“I was a Boy Scout growing up in Indiana, and I wanted my daughter Evey to be involved with an organization that would help prep her for the future,” said Hullett.

The Hullett family signed their daughter up for Girl Scouts in 2021 in hopes of providing their daughter with a sense of normalcy after the COVID-19 pandemic shutdown and to help Evey learn a variety of skills that will allow her to choose whatever career she would like in the future.

But at that time, Hullett was unaware of just how much Girl Scouting would also impact him.

Hullett, who is an electrical engineer at Meta – formally known as Facebook, mentioned that in his own career journey he has seen how limited women can be in the workplace. Now he is doing everything he can to ensure that is not the case for his daughter and for other girls in her generation.

“I know there is a glass ceiling (for women in the workplace), and slowly but surely, we have been making cracks in it,” said Hullett. “But I figured getting involved (with Evey’s troop) and doing robotics programs with the girls would ensure that we make some bigger cracks, so that the girls know that they can do whatever they want to do when they get older.”

With that in mind, Hullett started recruiting his co-workers to help him create a robotics curriculum to teach to his daughter’s Girl Scout troop, Community Troop 51561 based out of Mitchellville. Several female nuclear engineers at Facebook stepped up to help Hullett, including Nichole Ramsey, who left a huge impression on girls in the troop.

“My favorite part about this whole experience was watching the girls light up when they met Nichole,” said Hullett. “Nichole grew up in foster care. She is an African American female in STEM who graduated from nuclear power school in the Navy. We both took parallel paths. But she has broken every expectation there is for a minority coming up in the workplace. So, when I told the girls her story and she introduced herself, they girls all lit up and their hands shot up with questions.”

Hullett explained that that meeting with Nichole, inspired the girls and ensured that they knew that they too could have careers in STEM.

During the four weeks that Hullett and his co-workers spend teaching the girls robotics, they also worked to teach the girls leadership skills, how to take and give constructive criticism without hurt other’s feelings and team building.

Hullett and his team even sought out and secured funding from Meta to purchase new robotics kits for not only Troop 51561 but for other Community Troops.

But even after the robotics curriculum ended, Hullett still found ways to be involved and help the troop. Hullett was a tremendous help during cookie season, not only for his daughter but also for the troop. After the season ended, Hullett and his daughter Evey decided to use the cookie funds that they raised to buy uniforms for her fellow Girl Scouts.

Hullett believes this experience of volunteering with his daughter’s troop has only strengthened their relationship.

“I think she has learned to trust that daddy is always going to be there, (and) that dad has a place in Girl Scouts,” said Hullett.

But being involved in Girl Scouting has also impacted Hullett himself.

“It made me happy. As a dad, it showed me there was a need (for volunteers and connection). But it also showed me how my daughter is capable of a lot more than what people give her credit for. And that goes for all the girls. With the robots, I thought I was going to have to dumb it down because I didn’t want to go too high level. But the girls were correcting me and caught on quickly.”

Hullett wants to encourage not just dads to get more involved but all parents and guardians.

“Having parents involved really matters. Fathers, Mothers, it doesn’t matter. Just be connected to the girls.” 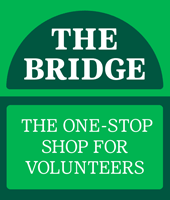