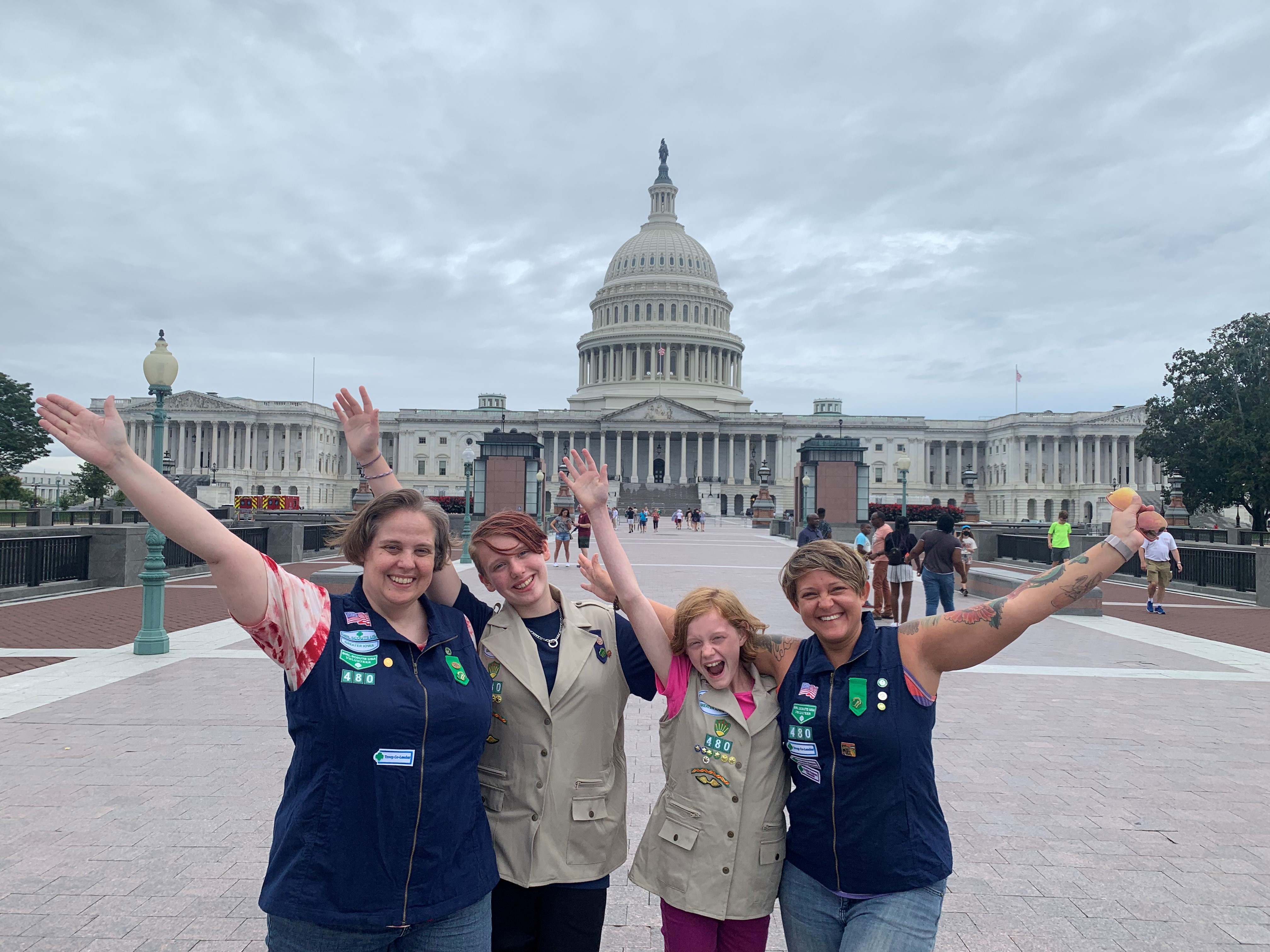 For two Ames Girl Scouts, the first week in August was spent traveling the northeast portion of the United States on an adventurous trip they planned together.

The girls, both from Troop 480, intended to attend the popular Girl Scout trip to Savannah, Georgia back in 2020. After seeing it canceled two summers in a row, they decided to take a trip of their own with their mothers, their co-leaders.

“They’d been pretty cool about all the things getting canceled, but I think this was the straw that broke the camels back, they were distraught,” said Maeann Usner, Troop Leader and mother of one of the girls. “So we thought, ‘OK, how can we make this year still memorable?’,” she said.

The co-leaders encouraged the girls to rank their top three ideal vacations withing the 48 states. From there, the two girls met to brainstorm and pitch ideas to one another.

“They knew how much money we had to spend, so they looked up plane tickets and hotel costs,” said Usner, “Then they looked into things to do in each place and planned their budget and trip schedule accordingly.”

The girls narrowed it down to Ocean City, Maryland to see the wild horses on Assateague Island and Washington, D.C.

The seven-day trip was fun, but also a learning opportunity. Both Girl Scouts earned the budgeting badge for all their planning, and the Junior Ranger patch for completing 15 activities in Maryland. They also selected the “Discover the Nation’s Capital” badge that came with a large packet of places to visit and things to do in Washington, D.C. They worked towards earning the Memorials and Statuary portions of the badge.

“They really learned how to compromise while planning where to go and what to do. It was exciting for them to see how what they had planned worked out,” said Usner.

Both girls plan to attend the Savannah, Georgia Trip in June 2022 but hope to plan another trip like this summer in the future.