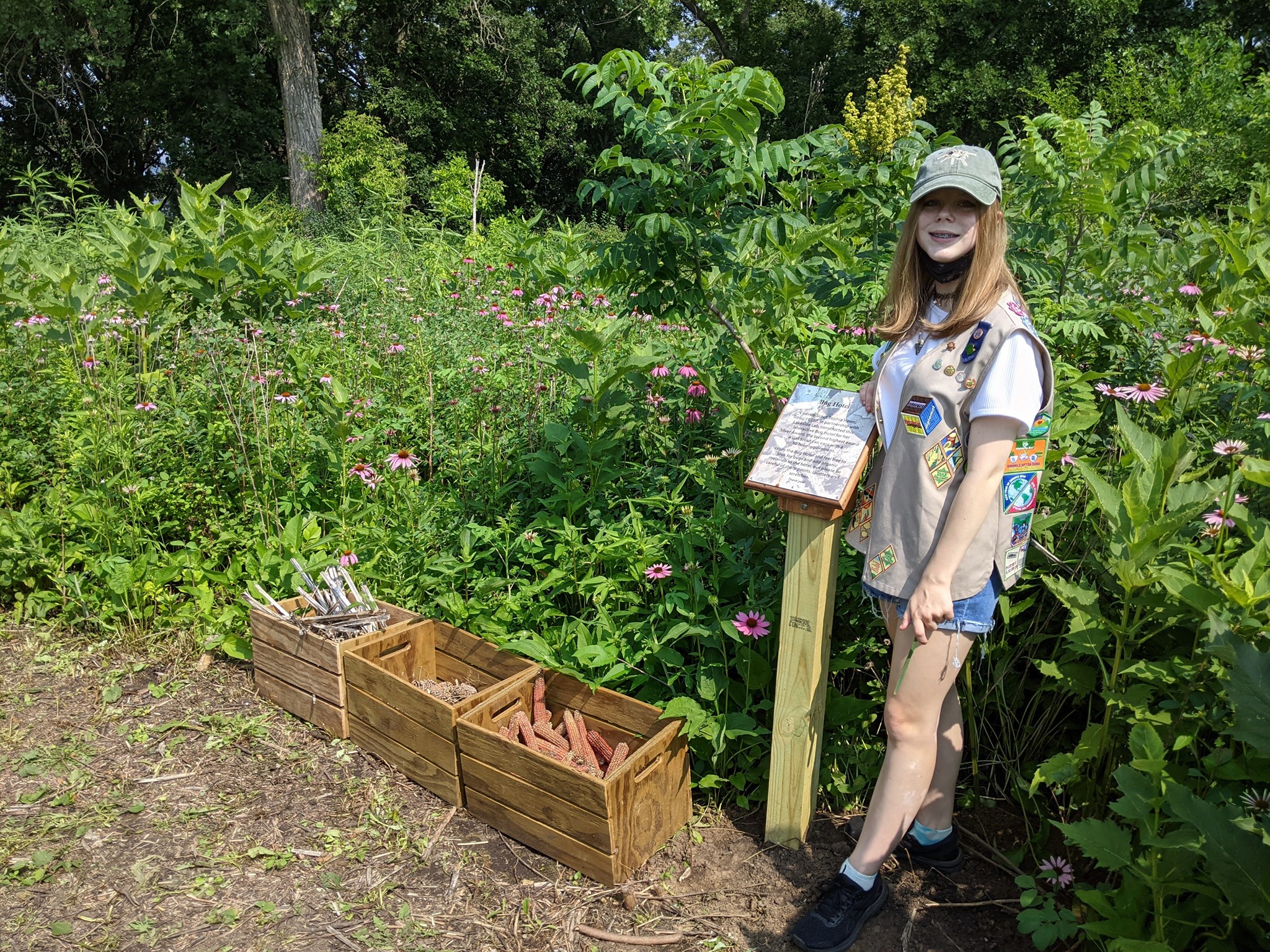 When you see the photos of Sophia’s Girl Scout Silver Award project, it’s likely you’ve never seen anything like it before.

Sophia is a 14-year-old Cadette Girl Scout from Spirit Lake, Iowa. She’s a Bronze Award Girl Scout and this summer, she earned her Silver Award.

“To help us think about what we wanted to do, my grandma [and Troop Leader] gave us some topics. I chose that I wanted to do something with nature. We went online and researched some projects that involved nature and also met the silver award project requirements. When I saw it, I thought, ‘I have to do this!!’” said Sophia.

Her project? A bug hotel!

“It’s a little home for bugs, whose natural homes are getting destroyed. It’s a home for insects so they know that it’s a safe place that will not be touched. They can be happy and safe,” said Sophia.

Partnering with Iowa Lakeside Laboratory, a scientific education, research, and outreach facility located on West Okoboji Lake, Sophia started by researching bug hotels and identifying many species of bugs that would benefit from a bug hotel. Next, she worked on sourcing materials that were locally sourced, recycled and reused.

Then, she had to build the bug house.

“We took pallets and stacked them on each other and secured them with screws. The whole structure is connected, one solid piece. Then we built the living roof and put some old corn cobs, cardboard pieces, egg cartons, and a bunch of barks and sticks inside the pallets,” said Sophia.

The bug hotel is located on a path among tall prairie on Lakeside Lab’s property.

“It’s a hidden treasure that visitors don’t see until they approach it,” said Sophia. Human visitors, that is. Bugs, bees, and even snakes have already taken residence of the house.

The project took Sophia over 50 hours to complete. She wrapped up the project with an open house on-site at the bug hotel where visitors could stop by to learn more about her project, the bugs that could be found in it, and the importance of a bug hotel.

“I was really happy it was done and built, and I was glad that it turned out well and that it’ll be able to help the insects,” said Sophia.

Now, Sophia is helping some other Girl Scout friends with their Silver Award project, creating a mini garden at their high school. In the future, she hopes to earn her Gold Award with another nature-focused project.