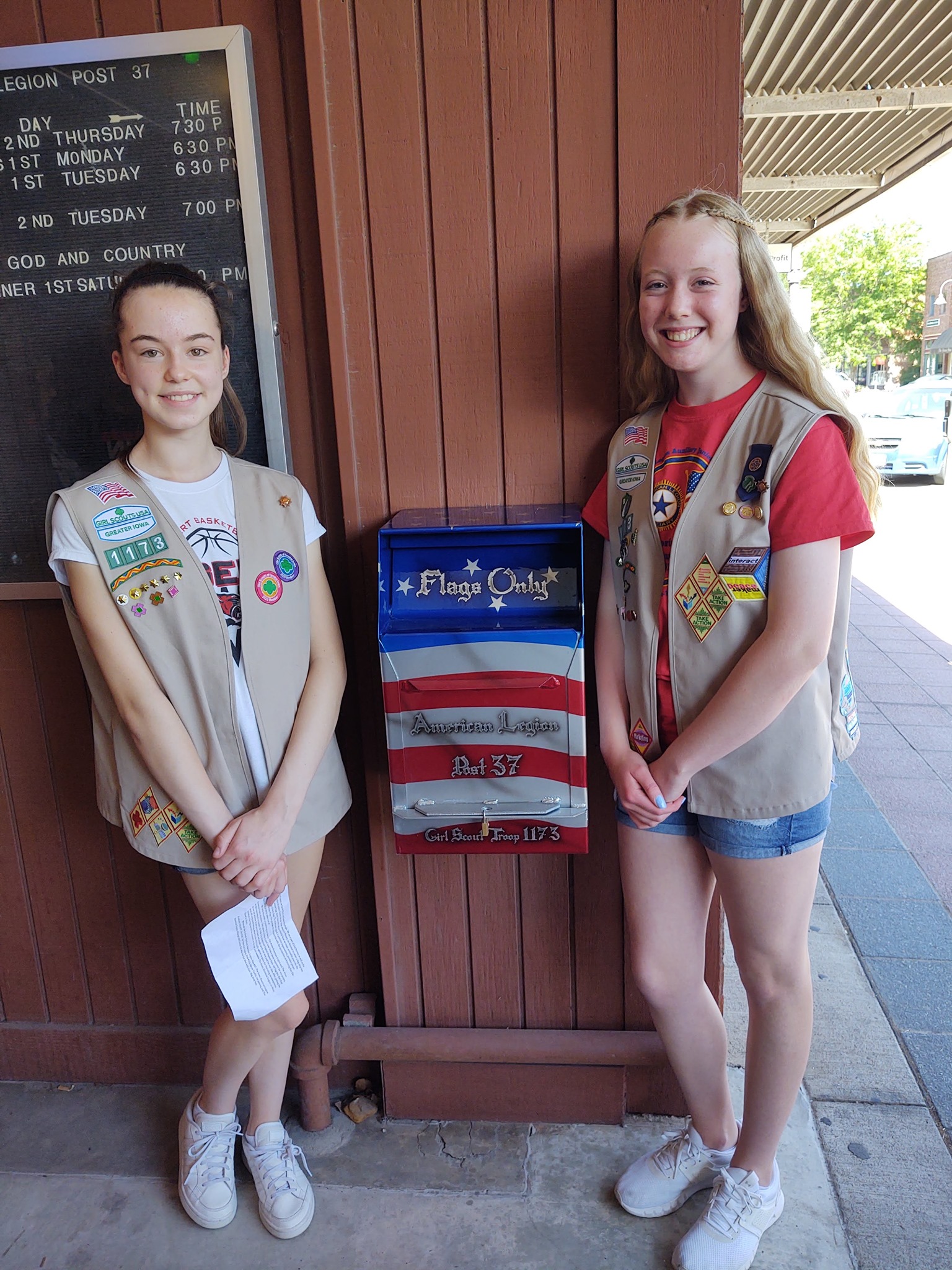 Sadie and Sarah, both Troop 1173 Cadette Girl Scouts in Gilbert, IA, recently transformed an old box into a flag donation box for their local American Legion Auxiliary, Post 37, as part of their Silver Award Project.

Sadie, a Girl Scout of nearly 10 years, is part of the American Legion group for young girls in her area.

“I took a trip to the Ankeny Legion Post and saw that they had a mailbox turned into a flag donation box, and I saw that Ames didn’t,” said Sadie.

So what did she do? She partnered with her Girl Scout friend, Sarah, and got to work!

“First we had to find a box,” she said, “and then we had to propose our idea to the Legion Auxiliary in Ames.

Their initial goal was to work with the City of Ames to find the best location for the flag box. When the wants of the City and the wants of the Legion didn’t align, the girls had to adapt and find a solution. After countless phone calls and emails back and forth, the girls decided to keep it near the Legion. The girls even took care to make the flag box ADA accessible.

They cleaned up the box, outsourced the new paint job, and secured it to its new location.

“Not everything is as simple as it looks; putting that flag box up looked like painting a box and putting it on a wall, but there was so much more besides that that we needed to do. And you see that finding a problem in the community and fixing it, it feels really good,” said Sadie.

The flag box, now located on the American Legion Auxiliary Post 37 building is a place where community members can safely rid of discolored or tattered flags. From there, the Legion properly disposes of the flags.

On Flag Day – Monday, June 14 – the two Girl Scouts and their families, City Council members, Legion members, and community members all attended the reveal event of the new box.

“I’ve seen them grow through this; it wasn’t easy – it was them navigating and being persistent with where they wanted it. They handled all the communication. I feel they grew quite a bit with this and can now navigate difficult situations. It was fun to see the project come together,” said Rachel Breyfogle, Sadie’s mother and Troop Leader.

You can learn more about the Girl Scout Higher Awards here.