Ankeny Troop Helps the Homeless while earning their Bronze Award 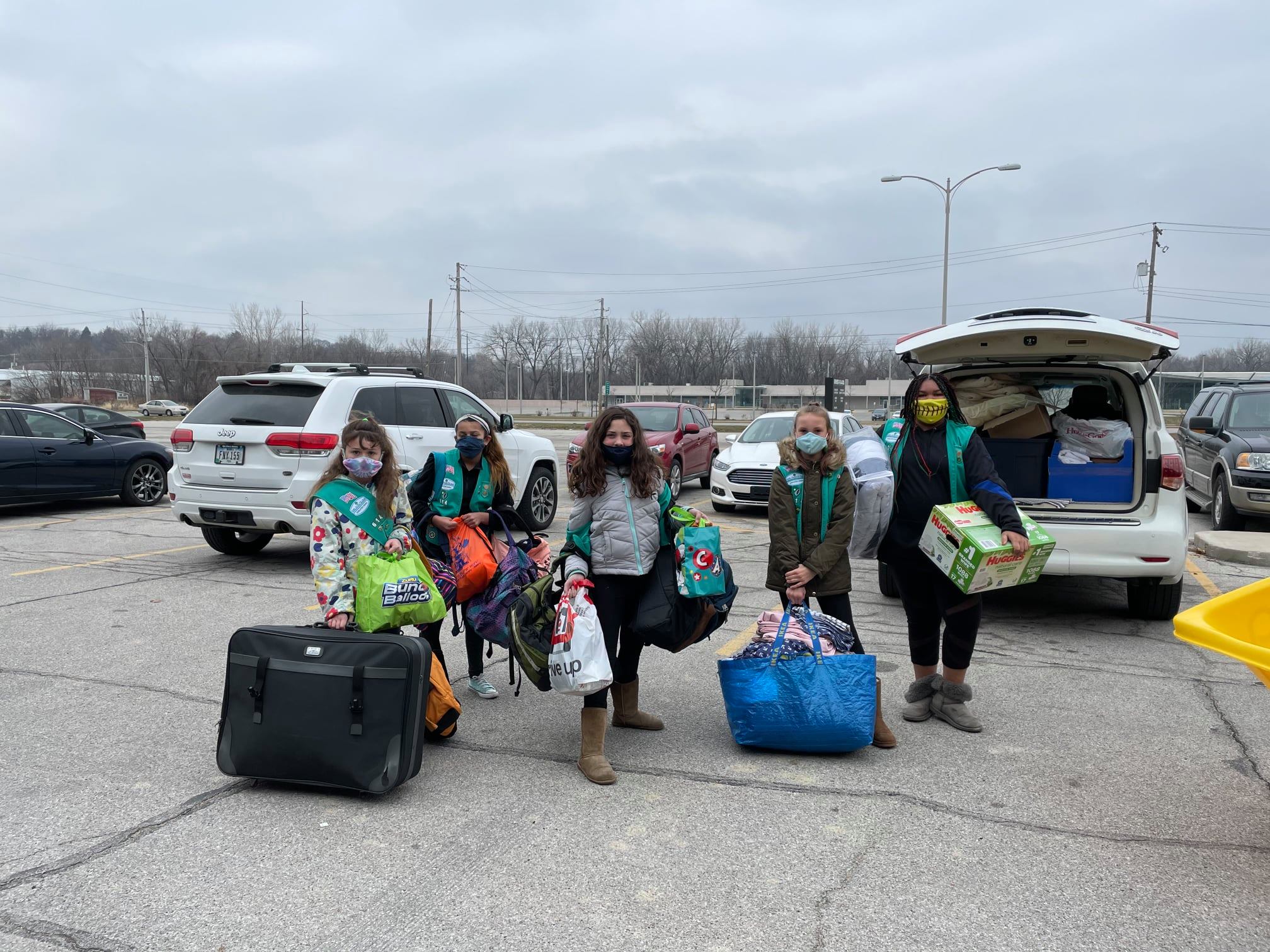 Ankeny Girl Scout Troop 614 took a friendship from the park and built upon it, watching their teamwork, hard work, and big hearts change the lives of others. Over the span of two months, the Troop of five girls earned their Bronze Award by creating homeless kits for their community.

“It just makes me cry, to watch these girls come together and work together to try to help others where there is no benefit to them other than the joy of helping, [it] is so encouraging,” says Kala Moore, leader of Troop 614.

While holding Girl Scout Troop meetings at a local park over the summer, the girls encountered a homeless woman that had been sleeping at the park.

“It was kind of shocking for them to see a woman in our community sleeping in the park. It began conversations and questions with them. Because we were seeing homelessness in our own community, their little hearts went into overdrive,” said Moore.

“It was kind of hard because we had to contact all these different places to see what their needs were and it was really trying to gain confidence to be able to do that,” Maddie said.

The girls worked with Joppa and TAKE: The Ankeny Klothing Exchange both local organizations that work to aid the homeless community.

The Girl Scouts didn’t let a pandemic keep them down – they managed their project from a distance, meeting via Zoom and making phone calls. They created a flyer and utilized social media to share with family and friends to get the word out.

The troop collected more than $500 in cash donations and two giant bins of clothing and backpacks for the kits. From there, each girl was given a shopping list. After the shopping was done, the troop gathered to build the kits before dropping them off at Joppa.

“It really built their confidence a lot; you could see their eyes open to the power of what a group of girls can do…I am so, so proud of them! I just want the whole world to know!” said Moore.

The troop hopes to spend more time with Joppa and deliver supplies to the homeless community in Ankeny in Spring 2021.

“It was really cool to see all the hard work that we put into this project come together, and it feels good to know that we were able to do something good for the community,” said Maddie.